I first learned about ABC’s new drama Quantico by way of a billboard that featured a huge headshot of the protagonist—FBI recruit Alex Parrish, played by the actress Priyanka Chopra.

While Chopra is new to most Americans (including me at the time), she’s a well-known celebrity in India. “She looks South Asian or Arab,” I thought, excited by the prospect of a woman of color taking the lead on primetime. But once I read the tagline, I cringed: “The FBI’s top recruit is now their most wanted.” Would this be another crime show rooted in an Orientalist plotline wherein U.S. security is endangered by a terrorist enemy?

The unfortunate answer is yes—with a nuanced caveat. While most media that casts Arab and South Asian people as terrorists focuses on men, the suspected-terrorist enemy in Quantico is an outspoken, sexually empowered Indian woman. This twist on a tired formula has impressed viewers and critics alike. The program, which is being marketed as a cross between Grey’s Anatomy and Homeland, has held steady ratings in the two weeks since its premiere. Critics have heralded the show for its feminist leanings, colorblind casting, and for breaking ground as the first U.S. television drama to feature an Indian actress. 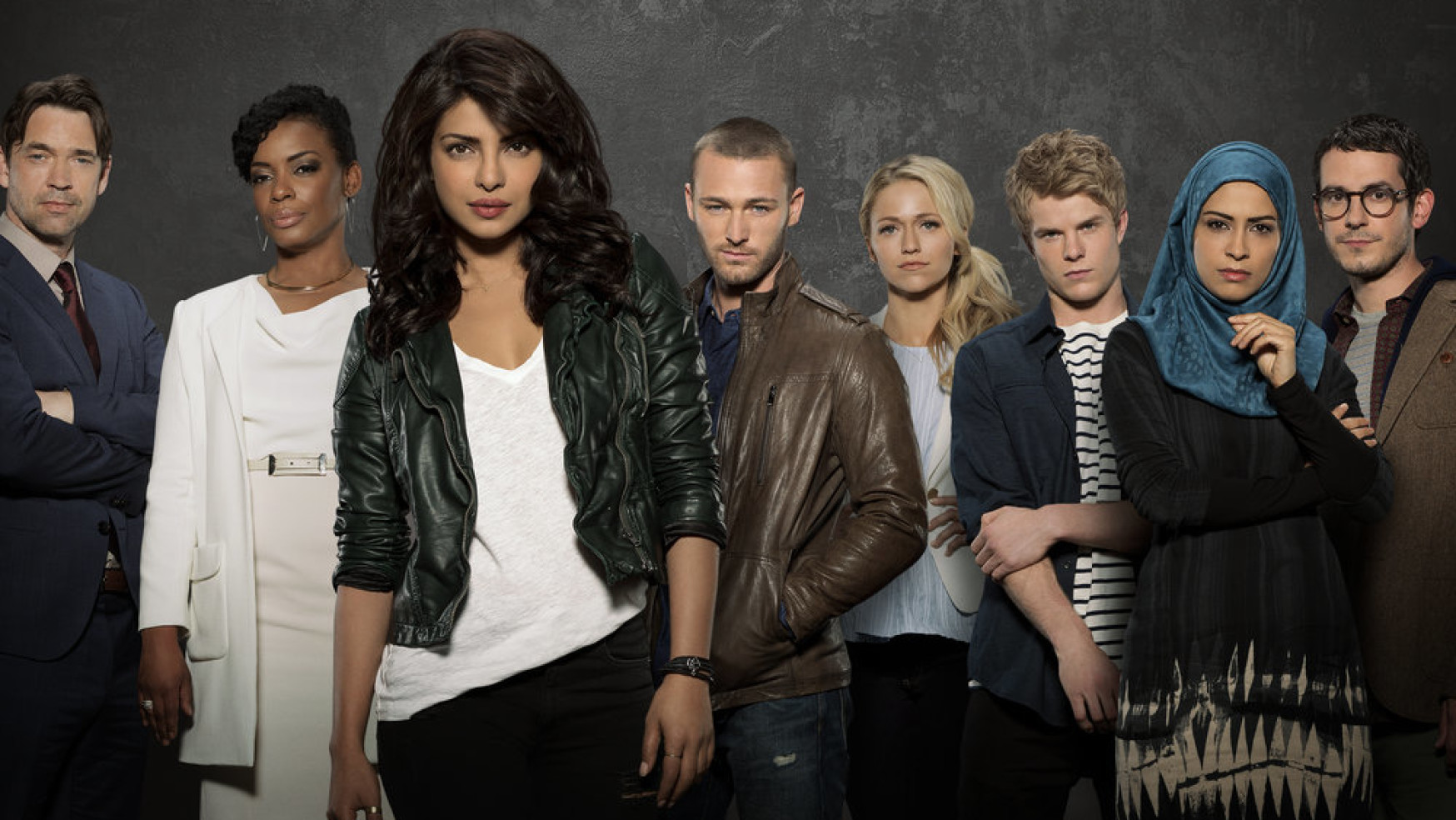 The story features fifty FBI recruits at the bureau headquarters in Quantico, Virginia, competing for a spot in an atmosphere that resembles both boot camp and graduate school. If you can get past being distracted by the fact that all the leading trainees are beautiful enough to have just walked off a fashion runway, then you might notice that the producers have done some interesting things around race, gender and sexuality.

For example, the female characters are smart, strong, and three-dimensional. The FBI’s highest-ranked woman and the Deputy Director of the academy, who openly wants to shatter glass ceilings is played by the African American actress Aunjanue Ellis. Alex Parrish’s greatest competition in the academy is a Latina cop (Annabelle Acosta). Additionally, fellow recruit Simon Asher (Tate Ellington) comes from a conservative Jewish family and is the academy’s first openly gay recruit. These elements are refreshing to see, especially since in real life most FBI trainees are white men and there has yet to be an openly gay recruit.

The show’s major flaw, however, is its lazy representation of Muslims and South and West Asians.

Arab American media scholar Evelyn Alsultany points out that after September 11, 2001, a surge of “positive” representations of Arabs and Muslims appeared in U.S. media as producers, writers, and directors attempted to offset “negative” ones and avoid being accused of stereotyping. But even these positive characters are almost always represented in relation to terrorism. It’s hard to find a truly realistic story about South or West Asians—they are usually victimized Americans who are targets of hate crimes, or patriotic Americans serving their country.

What’s unique about Alex Parrish is that although she’s from India, she’s all three stereotypical roles in one: as a teenager she was the victim to her father’s domestic violence, she’s a patriot who has declared her love for the U.S.—so much so that she wants to work for the FBI—and she’s also a suspected terrorist. 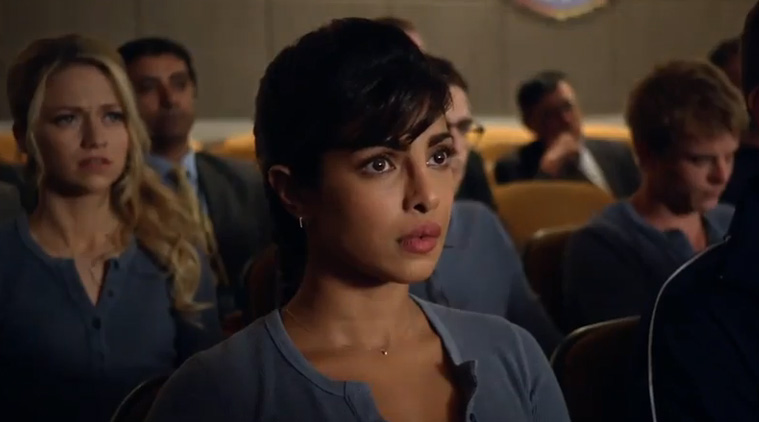 The pilot opens with Alex lying on the ground in rubble at Grand Central Station in New York after what an agent calls the biggest attack since 9/11. The camera shows a close-up shot of her bracelet, which has an Om symbol on it, a sacred icon of India’s Dharmic religions. This shot marks her as a non-Muslim and exotifies her as “other.” The city is on lockdown and the FBI is looking for a “suspected terrorist.” They find Alex and bring her in under the auspices of asking for her help, but it quickly becomes clear that they suspect her and she’s likely been framed by the white male Assistant Deputy (Josh Hopkins).

Orientalism imagines “the Orient” as weak and exotic and “the West” as powerful and rational, but the exact location of the Orient is open to the Western imagination. U.S. foreign policy and our media often clump countries from diverse regions together, such as Pakistan, Afghanistan, and Iraq. (Indeed, even though the U.S. has left its brutal military footprint in all three countries, most Americans cannot find them on a map.) Although we’re used to seeing Arab and Muslim terrorists on U.S. primetime, typically from an unnamed Arab country or Pakistan, Quantico has expanded the borders of the Orient to include India.

We’ll likely never know what country FBI trainee Nimah Amin (Yasmine Al Massri), a Muslim recruit, is from as network series are steering clear of naming Arab countries in order to avoid protests. FX’s Tyrant is an example: the whole show is set in fictional country called “Abuddin,” which is supposed to meld a hodgepodge of the Middle East. ABC is especially sensitive to this given their missteps last year with Alice in Arabia, a drama they cancelled as soon as they announced it, which was to take place in Saudi Arabia.

That said, Gaza is an exception. Nimah uncovers that Simon visited there four years earlier but never mentioned it to anyone. Later, when Alex says that he went there to be more informed, an FBI agent rebuts, “That’s what he told you, but we know the real reason.” Gaza and its 2 million citizens are marked as an obvious terrorist threat. This is consistent with how most U.S. media treats Palestine in general, and Gaza in particular.

By the end of the first episode, Alex is on the run. It will likely take all season to find out who is the mastermind behind the crime. They may “flip the enemy,” a strategy that Alsultany states TV dramas are also using to circumvent charges of stereotypes. So we may be led to believe Alex, Nimah, and other Muslims and West and South Asians are guilty, but in the end find out that a white guy is behind it all.

Or, could it be that the show is setting up Alex as the suspected terrorist to critique racism? I have a hard time believing it but that would be a welcomed twist. When an explosion happens, who do the U.S. officials assume is responsible? The one brown South Asian person who was there. In this way, instead of Alex being a stereotypical terrorist, the show is using her presumed guilt as a vehicle to call out that assumption and the entrenched racism in our system.

Replacing a scary Arab male terrorist with a sexy Indian female one is not the step forward that we deserve. I hope the show creators will look for opportunities to work against the dominant narrative that casts South and West Asians and Muslims as a threat to national security. Otherwise, they’re writing themselves into a box wherein the plot not only accuses the same people but also ultimately supports U.S. imperialism and its so-called “War on Terror.”